What is a tumour?
A tumour refers to a new growth of tissue, and can be benign (implying limited growth with no distant spread), pre-malignant (with the potential to become malignant) or malignant (implying an ability to grow, to invade and replace adjacent structures, and to spread to other parts of the body – or ‘metastasise’).
The character of malignant tumours can vary from those which take many years to grow (and with little metastatic potential), to those which grow rapidly (and which can even metastasise before the primary tumour is discovered).

What are the causes of tumours?
In most cases the exact cause of a tumour is not known, but factors which are thought to play a role are:

What are the symptoms?
A very wide variety of benign, premalignant, and malignant tumours can occur around the eyelids and the structures adjacent to the eye. The symptoms vary according to location and nature of the tumour. Tumours of the eyelids are generally visible to the patient, and can sometimes cause local swelling, a localised loss of the eyelashes, and/or a red or uncomfortable eye, but those on the inner surface of the eyelids, or within the eye socket (the orbit), may not be so apparent. The latter can present in many different ways, with symptoms including pain, swelling, blurred vision, double vision, or displacement of the eye (either forward and/or to one side).

What eyelid tumours can occur?
Tumours of the eyelids include basal cell carcinoma (“BCC” or “rodent ulcer”), a common and relatively indolent tumour with virtually no metastatic potential), squamous cell carcinoma (SCC), sebaceous cell carcinoma, melanoma, lymphoma, Merkel cell tumour, and Kaposi’s sarcoma (these last three being very rare).
To be certain of a diagnosis, a biopsy may be necessary, although in many cases typical BCCs can be treated without performing a biopsy first. When a tumour is close to the eyelids, in view of the complex anatomical nature of the eyelids, a biopsy is often preferred before beginning any treatment.
BCCs, SCCs, and melanomas account for 90 %, 5%, and 3% of skin periocular tumours.
Sebaceous gland carcinoma (SGC) is a rare and aggressive tumour of the sebaceous (meibomian) glands in the eyelids which can spread both locally and by metastasis. A history of a presumed recurrent chalazion or meibomian cyst, or chronic blepharo-conjunctivitis (red eyelid margins) on one side only should always raise suspicion that a tumour is mimicking these conditions.
Melanomas are often irregularly pigmented and can present with inflammation and bleeding.

What are the ‘premalignant’ tumours of the eyelids?
Premalignant disease is quite common, particularly in fair-skinned individuals. These lesions include

Can tumours pose a risk to the eye and vision?
Yes – either as a result of infiltration and distortion of the eyelid with reduced corneal protection (BCC, SCC, SGC), direct involvement of the corneal surface (SGC), and/or spread into the orbit (any tumour). In addition, if left untreated for a long time, complete excision can result in a larger defect (and even loss of the eye in rare cases), this necessitating more extensive reconstructive surgery with greater risk to overall protection of the eye.

What is the treatment of eyelid tumours?
The management of eyelid tumours depends on the many factors such the age and general health of the patient, the nature of the tumour, and whether there could be local or peripheral spread of the tumour.
Eyelid tumours are generally managed with complete excision (this can include Mohs’ micrographic surgery, performed by a dermatologist) and subsequent reconstructive surgery. The reconstructive surgery is usually performed the day after the tumour has been removed or within a few days, depending on the local hospital arrangements and the time it may take for a histopathologist to confirm that the tumour has been completely removed.
Reconstruction methods include allowing the tumour excision defect to heal naturally (“laissez-faire”) – often with good results, direct closure of the defect, or by using a combination of local tissue flaps, skin grafts and /or other grafts (such as ear cartilage or a hard palate graft). Some tumours can be managed with local freezing (cryotherapy), irradiation, or medical treatments which stimulate the immune system to destroy abnormal tumour cells.
Patients with certain tumours (SCC, sebaceous cell carcinoma, and melanoma) also require a general oncological review to exclude disease elsewhere, and this may include surgery to investigate the presence of lymph node involvement in the neck.

What is the follow up period after surgery to treat a tumour?
Because of the risk of recurrence of an eyelid tumour, patients are usually reviewed in clinic regularly (at increasing intervals) for up to five years after treatment.

Is there a risk of a tumour spreading to the other eye?
This is a question that is often asked. Although some tumours such as BCC and SCC can occur de novo (or recur) on any of the eyelids, they do not ‘spread’ to the other side of the face (unless left untreated for a very long period). 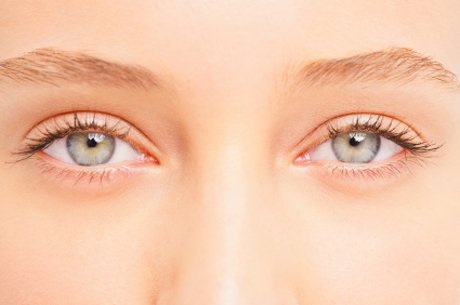